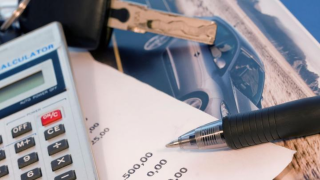 The way vehicle tax is calculated changed in April 2017, which resulted in many cars becoming more expensive to run. More changes have since been introduced in the 2017 Autumn Budget, which are now coming into effect.

New car tax rules are coming into force on 1st April 2018 and all cars which produce over 76g/km CO2 will see an increase in the amount of car tax payable, otherwise known as Vehicle Excise Duty (VED).

The biggest changes will apply to diesel cars, which will have their first-year tax rate calculated as if they were in the VED band above. Additionally, the company car tax levied on diesel cars will also increase from 3% to 4%.

Whilst this will only apply to Diesel cars which do not meet new Real Driving Emissions (RDE) rules, at present there are no new diesels which meet such rules and so this extra fee will apply to all new diesels cars sold after April.

Company car drivers will not be impacted by these new tax rates, as the VED of a company car is not included in its overall price. The price of a company car is instead made up by the sum of the list price (basic price plus VAT) and the delivery fee - the total of which is known as the P11D value.

For the majority of other car buyers, this increase to VED will be in the tens of pounds rather than the hundreds, with only the most-polluting of cars being hit with the more significant tax hikes.

More information about these new tax rates can be found here.